Undergoing abdominoplasty (“tummy tuck”) may lead to significant and lasting weight loss for many patients-especially those who were overweight or obese before surgery, reports a pilot study in the February issue of Plastic and Reconstructive Surgery®, the official medical journal of the American Society of Plastic Surgeons (ASPS).

The researchers evaluated short- and long-term weight loss after abdominoplasty in 20 women. Popularly known as “tummy tuck,” abdominoplasty is a cosmetic surgical procedure to eliminate excess abdominal fat and skin. For the 20 women, the average amount of abdominal tissue resected was approximately five pounds.

One year later, 14 of the women had sustained weight loss-greater than the weight of the tissue resected. Patients with a preoperative BMI greater than or equal to 24.5 maintained long-term weight loss at one year. They decreased in weight by an average of 4.5 percent of their original BMI one year later. A normal BMI is between 18.5 and 25, overweight is between 25 and 30, and obese is 30 or higher.

The other six women also had some degree of weight loss after abdominoplasty. However, one year later, they had regained weight and increased BMI.

Long-term weight loss was more likely for women whose initial BMI was 24.5 or greater, just under the borderline for overweight. Of the 14 women with sustained weight loss, just one had an initial BMI of less than 24.5.

Sustained weight loss was also more likely for women with a greater amount of excess abdominal tissue removed at abdominoplasty. Twelve of the 14 women with long-term weight loss had more than 4.5 pounds of tissue resected.

Increased satiety seemed to be an important contributor to long-term weight loss. Three-fourths of women reported an increased feeling of satiety, either after eating or throughout the day, after undergoing abdominoplasty.

As obesity rates continue to increase in the United States, new treatments are needed to achieve and maintain weight loss. Gastric bypass and other bariatric surgical procedures are among the few treatments to produce permanent weight loss, but are generally limited to patients with morbid obesity-BMI 40 or greater.

In contrast, abdominoplasty is available to a wider range of patients seeking to reduce the size and improve the appearance of their abdomen. “Whether or not long-term weight reduction is associated with abdominoplasty has been little investigated and remained controversial,” according to Dr. Moulton-Barrett and colleagues.

The new study provides preliminary evidence that many patients have lasting weight loss after abdominoplasty-especially those who are overweight or obese before abdominoplasty. “Satiety appears to be a prominent contributing factor, as does the amount of fat resected,” the researchers conclude.

“We hypothesize that the increased satiety seen in our patients is related to changes in the neuroendocrine system,” Dr. Moulton-Barrett and coauthors add. Removing fat cells from the abdomen may lead to reduced levels of hormones affecting appetite, which are secreted by fatty tissues. However, further studies would be needed to confirm this hypothesis.

Want to learn more about Tummy Tuck in Denver, Colorado? We recommend you to reach out to us for a consultation. 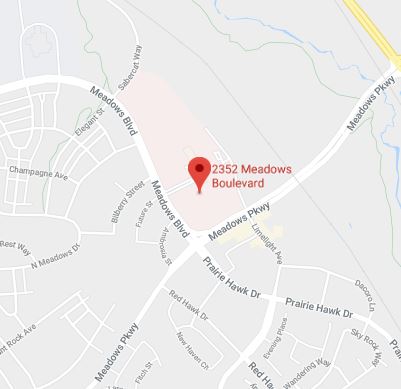